The 7 Psychological Benefits of Writing Regularly

When most people imagine a writer, they picture a quirky recluse hunched over a desk in some cabin with crumpled paper strewn about as they obsessively work on the next great American novel.

But writing is so much more. Prose is thought put to page, which makes all of us writers, even if we don’t have the chops to tangle with Faulkner. In most cases, writing is most useful as a tool for thinking, expression, and creativity; cabin-dwelling novelists be damned.

Let’s look at some of the benefits of making writing a regular habit.

Much of the research on writing and happiness deals with expressive writing, or jotting down what you think and how you feel. Even blogging “undoubtedly affords similar benefits” to private expressive writing in terms of therapeutic value.

Expressive writing has also been linked to improved mood, well-being, and reduced stress levels for those who do it regularly, says Adam Grant:

“Research by Laura King shows that writing about achieving future goals and dreams can make people happier and healthier… And Jane Dutton and I found that when people doing stressful fundraising jobs kept a journal for a few days about how their work made a difference, they increased their hourly effort by 29% over the next two weeks.”

Laziness with words creates difficulty in describing feelings, sharing experiences, and communicating with others. Being able to flesh out thoughts in your mind only to have them come stumbling out when you speak is supremely frustrating. Fortunately, regular writing seems to offer some reprieve.

In Richard Langham’s book Revising Prose, he shares that one of the most important benefits of clear writing is making sure you’re actually saying something. The cost of confusing someone else with unclear prose is high, but what about the cost of confusing yourself? 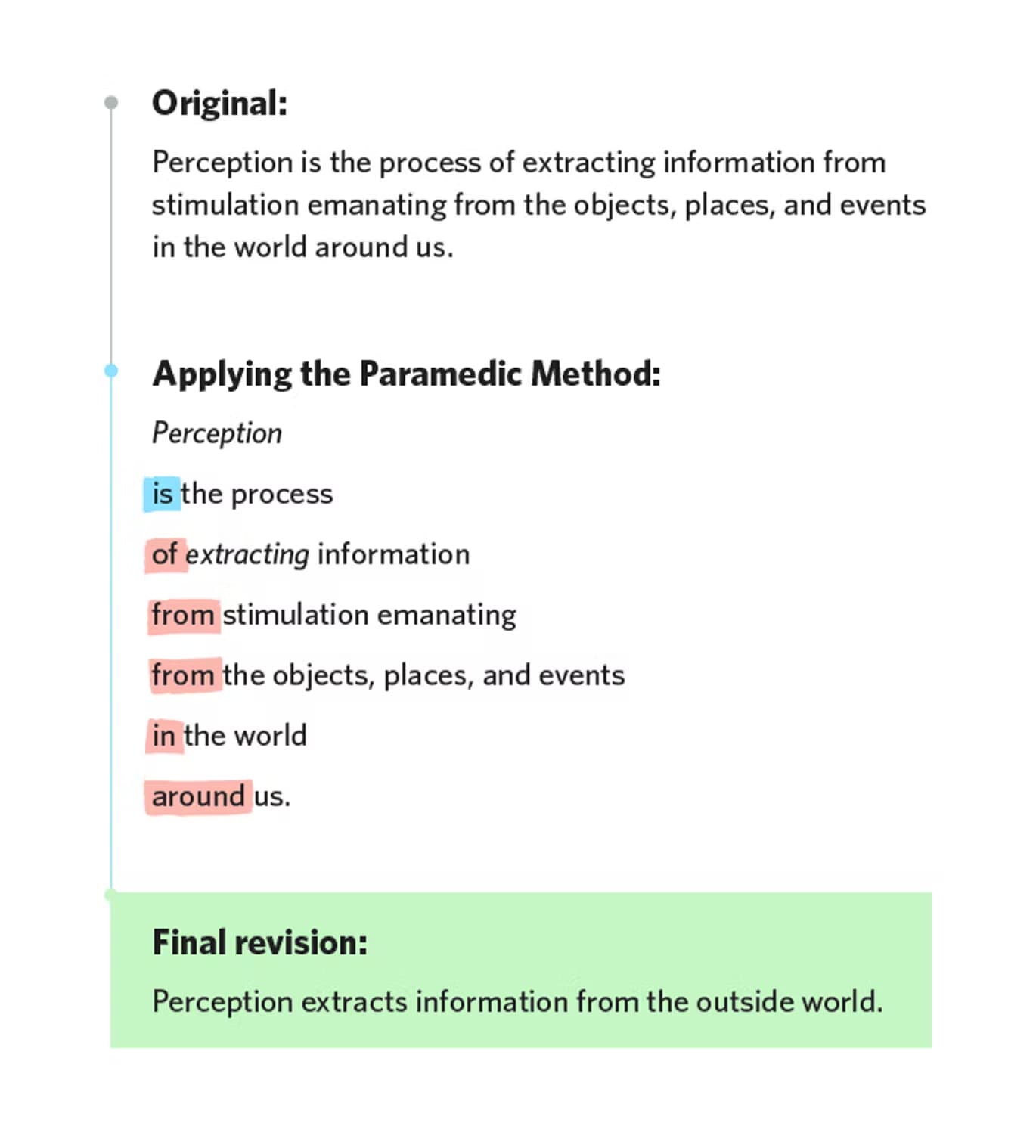 As an added benefit, in both emotional intelligence and in hard sciences like mathematics, writing has been shown to help people communicate highly complex ideas more effectively. Writing helps eliminate “it sounded good in my head” by forcing your hand; brains forgive fuzzy abstractions, prose does not.

In one study that followed recently fired engineers, the researchers found that those engineers who consistently engaged with expressive writing were able to find another job faster. According to Adam Grant:

Older research also shows that writing about traumatic events actually made the participants more depressed until about six months later, when the emotional benefits started to stick. One participant noted, “Although I have not talked with anyone about what I wrote, I was finally able to deal with it, work through the pain instead of trying to block it out. Now it doesn’t hurt to think about it.”

It seems that timing is critical for expressive writing to have an impact. Forcing the process to happen may only worsen things, but if writing is an activity that is engaged in naturally, the benefits seem clear.

As the authors of one study noted, subjects who reflected on the good things in their life once a week by writing them down were more positive and motivated about their current situations and their futures.

The catch was that the benefits were minimal when they wrote about them every day. This makes sense; any activity can feel disingenuous and just plain boring if done too often. It seems like the key is to reflect and write about gratitude regularly, but not begrudgingly often.

Writing gives form to your ideas and gets them out of your head, freeing up bandwidth and preventing you from crashing your browser like a late-night downward spiral on Wikipedia. Getting important ideas down alleviates the stress of losing your thoughts to time or an overcrowded mind.

I’ve personally never felt inclined to not work on something just because I “archived” the idea with some notes or an outline. In fact, I’m more likely to continue developing that idea since it has already been started.

If all else fails, remember this joke from Mitch Hedberg: “I sit at my hotel at night, I think of something that’s funny, then I go get a pen and I write it down. Or if the pen’s too far away, I have to convince myself that what I thought of ain’t funny.”

6. Writing is a proven way to learn

Information often sticks better when it’s learned as though it needs to be taught or re-written in your own words. This concept of having a “writer’s ear” never fully clicked with me until I started writing regularly.

There’s a certain discipline required to create interesting written work that demands the individual be receptive and focused on finding new sources of inspiration and insight. Personally, I’ve read books, listened to podcasts, and watched videos I would normally have put off in order to learn something new that I might write about it later. Writing improves your information diet.

Simply being a curator of good ideas encourages deeper thinking, research, and “heading down the rabbit hole” in order to find unique takes on topics that matter to you. Committing to creating a volume of work also allows you to tackle big ideas more effectively.

Writing around a certain topic for some time will allow you to build off of older thoughts, utilizing what you’ve already written to develop ideas on a grander scale. I’m sure many writers have written a paragraph that leads to an essay, which leads to a series of articles, which leads to a book.

7. Writing is leadership at scale

Though the world may now be drowning under the personal brand deluge, there are sincerely interesting opportunities that an “anyone can publish” world brings about.

The ability to leave an impact at scale through your words alone is an astounding concept. There’s a bit of a creative shock the first time someone emails you, thanking you for the work you’ve put out and sharing how it has helped or influenced them.

The positive feedback for this “leadership at scale” leads to gratitude and further motivation for the writer.